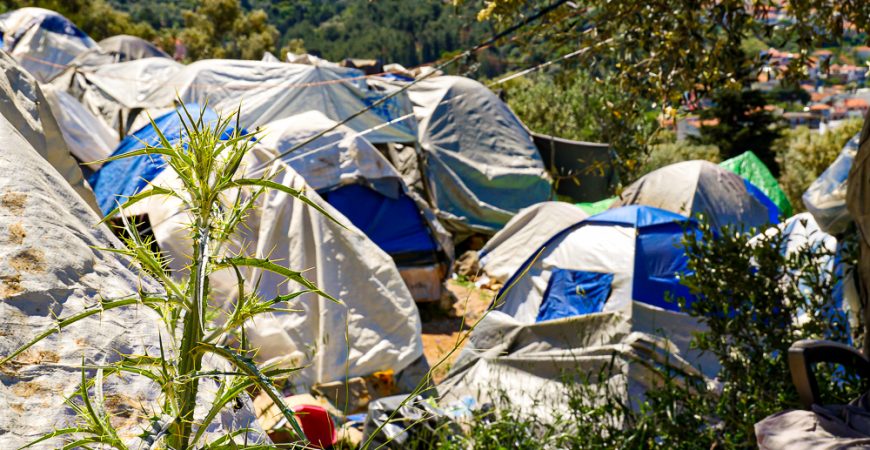 Action for Education (AFE) was established in 2018 by a group of long-term volunteers as an urgent response to the appalling conditions endured by refugee children and youth on the Greek islands. Over its first year and a half, the organisation grew from one centre to three, providing a holistic non-formal education service catering to children and youth aged 6 to 22 years on the island of Chios. Working with hundreds of volunteers from the refugee community itself as well as from many other countries, AFE wanted to offer the specialised, safe spaces crucial to building resilience and community within an unstable and often hostile environment.

In 2018, AFE expanded its work and opened a youth center on the island of Samos, three hours south of Chios. Shortly after, there were already three, including an educational center for 18-23 year olds, a safe space for children aged 2 -7 years, called The Nest, and a computer lab to provide IT classes and computer access.

The global pandemic, a shift of migration movements as well as a multitude of political developments such as the increasing numbers of illegal pushbacks documented in the Mediterranean, the construction and opening of several closed camps and the shift of asylum seekers and refugees from the “hotspot” islands to the Greek mainland led the organisation to change the set-up and location of their initiatives. Throughout 2021 AFE ended their operations on Samos and Chios entirely, expanding their efforts to the Greek mainland and the Canary Islands and thus trying to adapt to the ever changing situation of people on the move.

In 2021 the number of people who risk their lives crossing the Atlantic route between Northwestern Africa and the Canary Islands was ten times higher than 2019. More than 930 deaths were reported, 82 of which were children. Moreover, there is an increasing number of unaccompanied minors arriving in Spain. They are accommodated upon arrival in smaller centres but once they turn 18, they are often left with no additional support. Still in the process of conducting an in-depth assessment of the situation on the Canaries AFE started their engagement with launching the language App ¡Ojalá!, the world’s first Spanish learning application designed for people on the move.

In Athens The Nest has reopened in May 2021 continuing to offer a safe space for young refugee children and their families. The center expanded its program to include language lessons for parents, a cooperation with Acupuncturists Without Borders conducting workshops about reflexology and massaging techniques for babies and children, as well as the Art Project, giving children and parents the opportunity to improve and have fun with their creativity skills. In 2021 137 children from 72 different families participated in the activities

Action For Education creates welcoming spaces and initiatives that do not only provide basic services, education programmes, and safe spaces for children and youth and engage in lifelong learning through creativity, community and mutual support. That’s why we’re happy to support their efforts on an ongoing basis with 300 Euros per months. For more information about the organisation please visit www.actionforeducation.org.