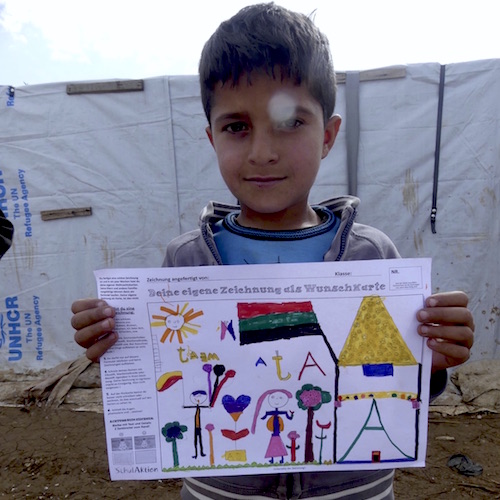 Majed is 10 years old and comes from Deir ez-Zor. On his pictures he drew a girls and a boy that love each other. The other boys make fun of him because of that, but his grandmother always told him that finding someone you truly love is the most important thing in life. Here in the camp this is very difficult, he thinks. When he has grown up he would like to become a shop owner, like his father was back in Syria. Majed always helped his Dad and was supposed to inherit the store someday. But now it does not exist anymore. His father sometimes cries because of that, and every time he does, Majed leaves the tent. He thinks it’s strange to see his father cry.