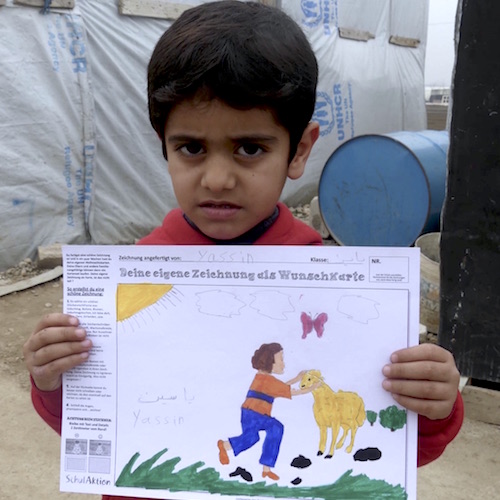 This is Yassin. He is 9 years old. At home in Syria, Yassin used to help his father and uncle take care of more than 40 sheep. As they had to flee to Lebanon, they had to leave all the sheep behind. Sometimes Yassin still dreams about his sheep and wakes up crying.
At some point in the future Yassin wants to have his own flock of sheep, but only in a country without war because he wants to never give up on his flock ever again.